Stories are as numerous and, if they’re good, as elusive as the atoms of our observable universe—estimated at a minimum of 10 to the power of 78.  ‘Even the smallest thing,’ said the novelist Gustave Flaubert, ‘has in it something which is unknown.’  We listen to, read and re-read stories, but the best retain something of their own stubborn mystery and their own secret life.  At the same time, we feel as we read that entire worlds ‘hum’, ‘vibrate’ or ‘live’ within stories.  They can be animate, uncanny, dynamic, and even ‘magical.’

But what happens when a writer brings together—in an explicit or even radical way—multiple worlds: i.e. worlds-within-worlds or co-existent worlds?  Why might a writer do so?  What is the nature of the relationship between the multiple worlds of a single story or single novel?  What meaning does it or can it evoke?  Is there a tradition of ‘multiple world’ narratives in literature?  If so, which artistic drives and questions sustain it?  How does any such tradition express itself in contemporary fiction?   How do multiple-world narratives in literature relate to 20th- and 21st-century thought in disciplines beyond literature?

In this session, Alison MacLeod will explore these questions, both as a professor of literature and as a writer who has written multiple-world narratives herself. 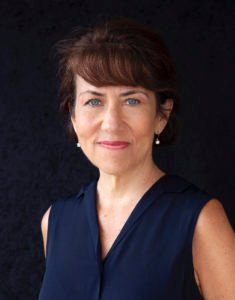 Alison MacLeod is an award-winning novelist, short story writer and academic. Her most recent book, All the Beloved Ghosts, was shortlisted for Canada’s 2017 Governor General’s Award for Fiction and for The 2018 Edge Hill Short Story Prize for best short story collection in the UK and Ireland. It was also named one of the Guardian‘s ‘Best Books of 2017.’ Her novel, Unexploded, was longlisted for The 2013 Man Booker Prize for Fiction, named one of the Observer‘s ‘Books of the Year,’ and serialized for BBC radio. Alison has served as a judge for numerous literary prizes and awards, and has appeared at literary festivals worldwide. She is Visiting Professor at the University of Chichester (UK) and has been an occasional contributor to The Sunday Times, the Guardian, and several BBC programs. She lives in Brighton, England.  alison-macleod.com