Beyond Bohm: David Bohm and Philosophy

An event every week that begins at 6:00 pm on Sunday and Saturday, repeating until August 28, 2022 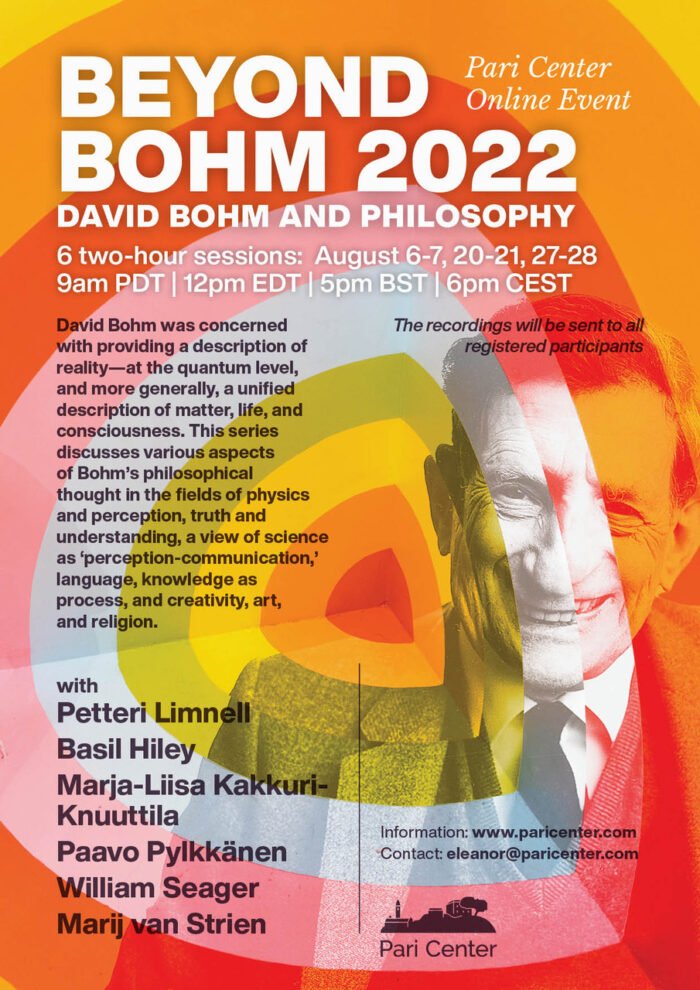 All sessions are live and you will be sent the RECORDING.

David Bohm was concerned with providing a description of reality – at the quantum level, and more generally, a unified description of matter, life, and consciousness, all adding up to a general concept of reality or a metaphysical theory. This concern with reality did not mean that he ignored the role of the mind (language, perception, etc.) in his attempts to describe reality. In other words, he did not ignore epistemological issues or questions that concern the nature of our knowledge and the problems of justifying it. On the contrary, his broad philosophical work includes extensive studies of various epistemic issues: physics and perception, the notions of truth and understanding, a view of science as “perception-communication”, experimentation with the structure of language, study of knowledge understood as process, and discussions of topics such as communication, creativity, art, religion and so on. This series discusses various aspects of Bohm’s philosophical thought.

Bohm and Philosophy: An Introduction
with Paavo Pylkkänen

Sunday August 21
Consciousness, Bohm and the Quest for Intelligibility
with William Seager