The Pari Center was created 20 years ago by the late F. David Peat and Maureen Doolan as congenial location where people can think, learn, meet together, all the while enjoying the surrounding environment and helping the local community.

We provide opportunities for continued learning by organizing residential conferences, seminars and workshops facilitated by a faculty committed to excellence and creativity. We aim to advance the integration of knowledge, the arts, science, ethical values, community and spirituality within the ambience of a medieval village

We specialize in promoting the work of David Bohm and C.G. Jung and building on David Peat’s respect for Indigenous Knowledge and his concept of Gentle Action.

In this series of online events we seek to reflect on what ‘the future scientist’ may look like. This is an ambitious exercise indeed, which goes beyond mere theoretical speculation. It is not unlikely that sooner than we think, current science will be unrecognizable to most of us. The consequences for humanity writ large, not just for scientists themselves, are pressing.

The series will be direct conversations, that is, no formal presentation of the invited speaker but a kind of ‘thinking aloud’ in the mode of a dialogue. The invited speakers to The Future Scientist series are chosen not just as great interlocutors to discuss these issues, but also as exemplars and hints of what ‘the future scientist’ may actually look like here and now.

Join Our Next Event 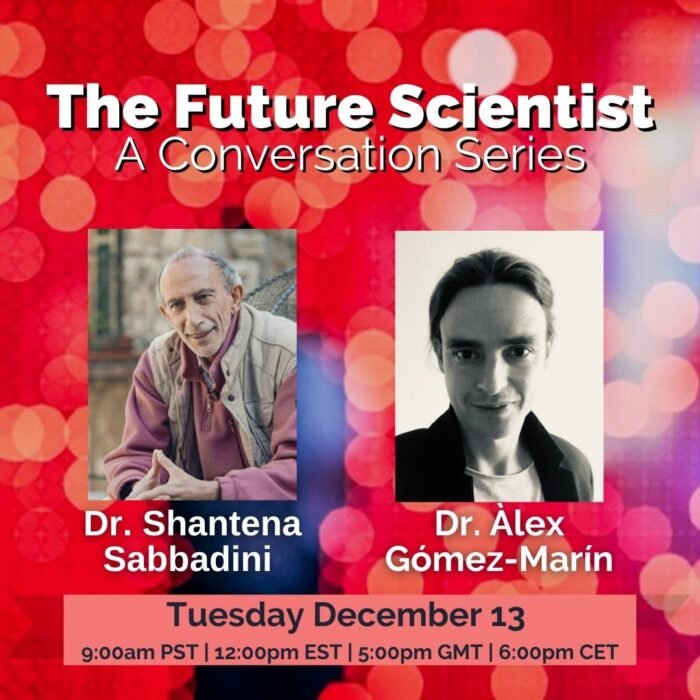 Holofux: Codex - To Be Released in December

Physicist and philosopher David Bohm used the term holoflux (alternately holomovement) as the metaphysical foundation for his well-known vision of the ‘implicate order.’ By holoflux Bohm was pointing to an underlying movement of vast scale, which gives rise to all of existence, both seen and unseen.

Beginning in 2020, a group of 30 people began a sustained inquiry into the real-life implications of this vision, clustered around a few core questions: Is there some actuality behind the word ‘holoflux’? If so, what does it look like? What does it feel like? What is a human being’s relationship to such a primordial phenomenon? Can we gain direct experience of it, actively participate in its movement?

Holoflux:Codex is a collection of artistic impressions and philosophical reflections arising from this two-year experiment that explores the states of consciousness that arise when ‘entering Bohm’s holoflux.’ It is the work of six individuals who shared their insights and experiences as the experiment unfolded.

No book like this has been attempted before—to take the ostensibly abstract thought of a twentieth- century physicist and render that work into first- person, phenomenological expression through paintings, drawings, typographical experiments, impressionistic writing, and philosophical exposition. The results offer multiple windows into what might be experienced when the collective representations of a society—including the subject-object partitioning of experience—are temporarily set aside by the deeper promptings of human consciousness. 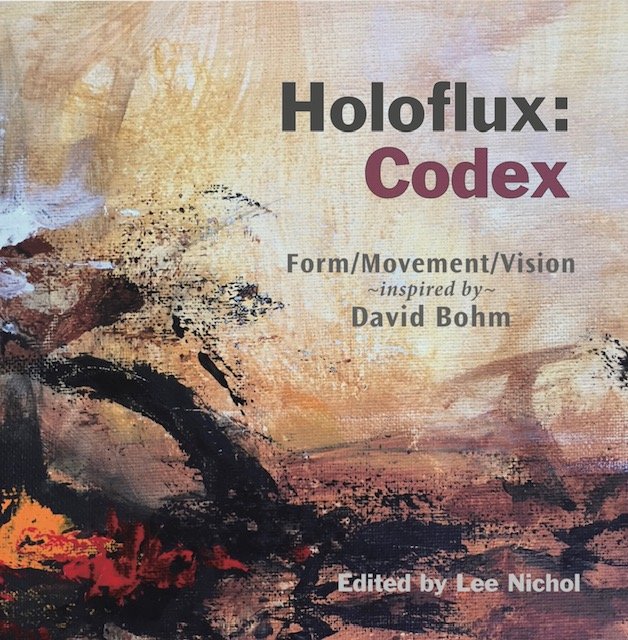 Download the beautifully illustrated book by Lee Nichol – Entering Bohm’s Holoflux, which documents the highlights of a 15-part video series sponsored by the Pari Center.

Bohm’s vision for dialogue is crystal clear—he speaks of three aspects of human experience—the individual, the collective, and the cosmic. Entering Bohm’s Holoflux addresses the full spectrum of David Bohm’s work with dialogue, with emphasis on the individual and cosmic aspects, which are often neglected in many presentations of Bohm’s work. Lee Nichol’s Entering Bohm’s Holoflux explores portions of a forty-year inquiry into ‘individual’ work, as well as more recent probings into what Bohm might have been indicating by the ‘cosmic’ dimension of the human being.

It is offered free, in the spirit of furthering true inquiry into the nature of human being. 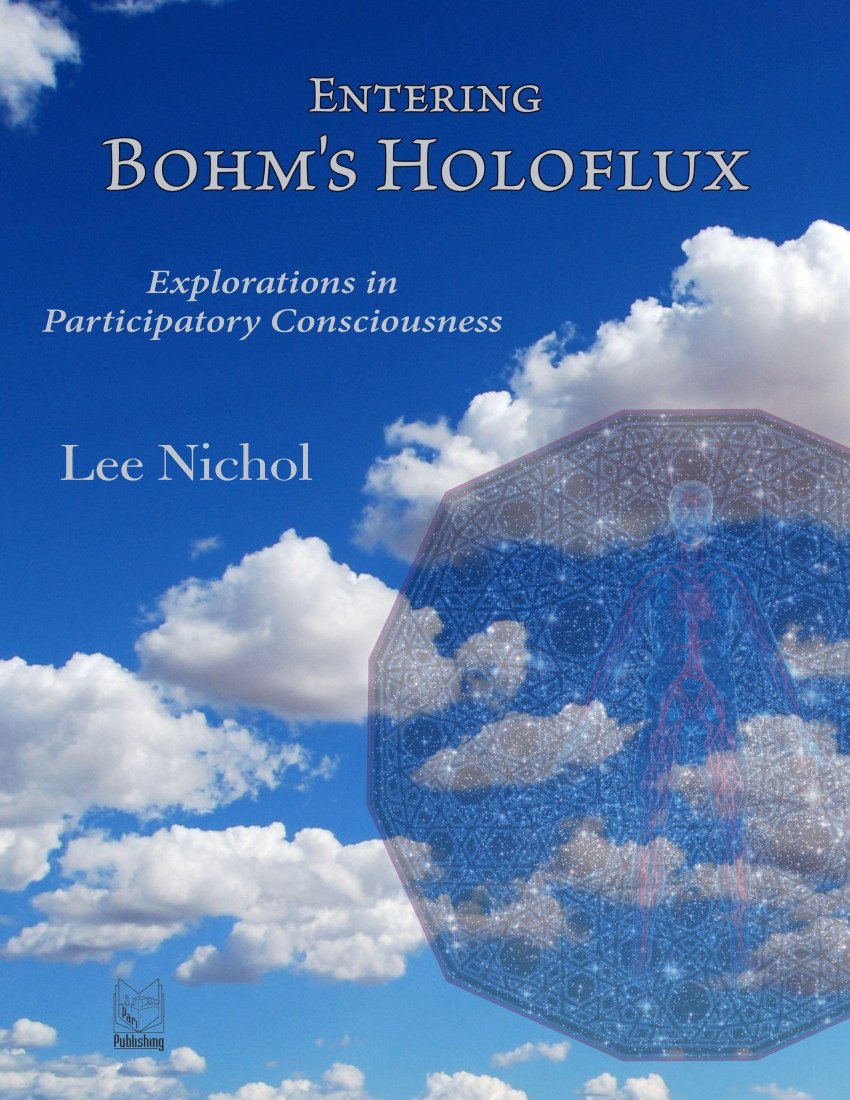 We look forward to your becoming part of the Pari Center community by joining us here in Pari or through our webinars. 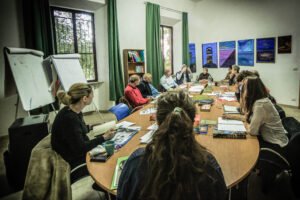 Looking for stimulating ideas? Participate in our programs both online and in Pari. 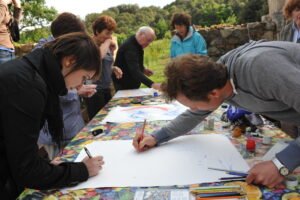 Need time away to develop your project or just simply to think? Explore our residential program.

Pari Perspectives, our quarterly journal, is a forum for ideas and opinions. Each issue is centered around a theme and includes essays in Science, the Arts, Spirit, and Community. Our contributors range from scholars and those eminent in their fields to newer, younger writers and artists. The journal is free to all Friends of the Pari Center. For more information and for our guidelines please contact us at pariperspectives@paricenter.com 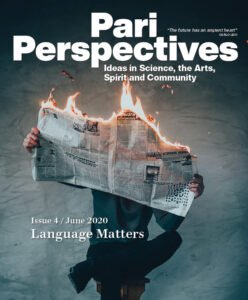 Your membership is valid for one year from the date of purchase.

Pari Center’s board of directors is comprised of people who share a deep interest in the legacy of David Peat as well as David Bohm, in Pari as the vessel where an ever-growing community of supporters meet, share and transform.