In 1988 I was invited to give the keynote address at a conference organized by the Royal Society of Canada. In part I was asking how, in the light of the discoveries of chaos theory, should we approach the complex social, natural and economic systems that surround us. It was during the discussion that followed that I first used the term ‘gentle action.’ That same year I had also been asked to write for the inaugural issue of a new scholarly journal and devised the notion of ‘creative suspension.’ 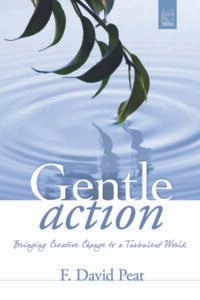 These two concepts began to grow and mature over the following years and by the time I had established the Pari Center I had increasing contact with business leaders and consultants and organized two conferences on business ethics. In this way the initial idea blossomed into the book Gentle Action: Bringing Creative Change to a Turbulent World.

Undoubtedly, we are faced by problems of great complexity. The environment, society and even life on earth, is under threat and, as a result, the human race is struggling with feelings of anger, frustration and helplessness. Something, we urge, must be done; some action must be taken. Tomorrow, we sense, will be too late. Yet it is these very feelings and reactions that have become part of the problem. The urge to change and control, to analyze, priorize, plan and act are all aspects of the same pattern that, in the first place, drove us to the edge of this crisis. What is needed is a radical change in human consciousness, in organizations and governments if we are to survive into the second half of the 21st century.

If, at its deepest level, the world is not mechanical yet our strategies and plans are predicated upon a mechanical perspective then we are in serious trouble. Mistaking the red light of a stop signal for a neon advertising sign may lead to a traffic accident. But looking at the problems of a rain forest, inner city violence, or the human body as if they are readily analyzable and will yield solutions with predictable outcomes is going to land us in even deeper trouble.

The problem lies in our inadequate perception of the world and our lack of any proper relationship to nature. This has become entrenched in our institutions, social values and policies. The world is an organic, living thing, flexible and ever-changing yet the institutions we have created to deal with it are all too often rigid and insensitive. Science and technology are not going to save the world, neither are computer models and policy studies. What is needed is something radically different that is at least as subtle as the issues and natural systems we face.

The question, therefore, is how can our human creativity, values, thoughts and feelings restore harmony on our planet and give greater meaning to our relationship with each other and the world? The point about creativity and, indeed, about being alive is that it cannot be prescribed, it is ever-changing and ever-new. Certainly a creative response cannot be laid down as a program in an essay. Nevertheless I would like to suggest certain clues and signposts, the first of which is to look at the possibility of doing nothing, or as I prefer to put it, a creative suspension of action. What happens if an individual or organization decides to suspend action? 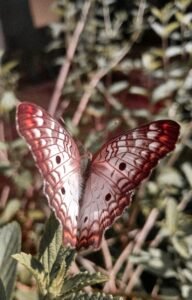 Of course the lights will begin to flash and the alarm bells ring. Like Pavlov’s dog an organization is conditioned to react and respond. But what if it does nothing—but in a very watchful way, and this applies not only to organizations but to individuals as well? The first stage will be one of panic and chaos, a flow of commands and information. All of this is not being generated by any external threat but through the internal structure of the organization itself. By remaining sensitive to what is going on it may be possible to become aware of the whole nature of the organization, of its values, the way its information flows, its internal relationships, dynamics and, in particular, its fixed and inflexible responses—the organizational neuroses and psychoses if you like.

Arthur Koestler suggested that a scientific revolution is born out of the chaos produced when a paradigm breaks down. It is possible that something new and more flexible could be born out of the breakdown of fixed patterns in an organization, policy group or individual. By means of a very active watchfulness it may be possible to detect its unexamined presuppositions, fixed values and conditioned responses and in this way allow them to dissolve by no longer giving energy to support them. The idea would be to permit the full human potential for creativity within each individual to flower, it would enable people to relate together in a more harmonious way and human needs and values to be acknowledged.

Gentle action offers a way of fostering change that is based on the science of chaos or complexity theory. As we come to understand the process of change in complex systems (almost all the systems that are within and around us), we see that it arises continually from within, through the intricate interweavings of many small events. Change does not require massive interventions from outside: indeed, outside interventions often have no effect, or worse, actually destabilize a system. Through gentle action, we can use a system’s own processes and energy to guide it sensitively towards a state of sustainable wellbeing. 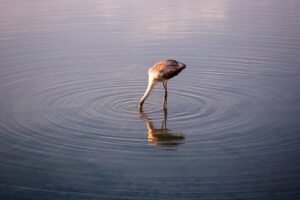 Gentle action is applied globally and seeks to restore harmony. Contrast it with the violent local action of a stone thrown in a lake from which ripples spread out until they are lost in the tiny random wavelets at the edge. Suppose, however, that a harmonious coordination of tiny waves at the edge of the lake were possible. This would require a non-local yet gentle action that flows from a much greater sensitivity to the whole system. Surprising as it may seem, physics shows that if such a coordination is made of all the phases of the individual wavelets then these ripples will begin to interfere with each other in a constructive way. They start to move inward, towards the middle of the lake and grow in size until they produce a splash right in the centre. In an amazing fashion a large effect is produced out of a very gentle action involving the whole of the lake. A great flow of energy has grown organically out of a highly intelligent yet almost imperceptible form of intervention.

What our planet requires are not violent revolutions, or vast government programs imposed from above but a new action that is sensitive and highly intelligent. This action must grow out of our sense of harmony and relationship to nature and each other. It has its source in very gentle but coordinated activity that, like the ripples in a pond, sweep inwards and outwards so that the whole system is able to produce its own healing. Dealing with urban violence or the Brazilian rain forests is not the exclusive province of a particular government but begins in each individual and stretches across the entire globe. Each of us is empowered to face the problems that challenge the planet and, by developing a greater sensitivity and a more meaningful relationship to the whole of life, this ability to heal ourselves and our planet will echo around the world just like those tiny ripples in a lake that grow into a giant wave. If there is to be hope for the future, then it must begin with the creativity and sensitivity of each one of us.