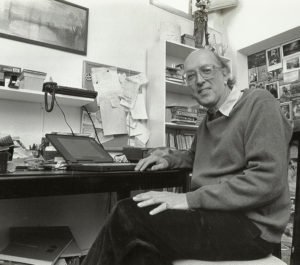 F. DAVID PEAT was a quantum physicist, writer, and teacher who founded The Pari Center in 2000. He wrote more than 20 books which have been translated into 24 languages, as well as numerous essays and articles. In 1971-72, he spent a sabbatical year with Roger Penrose and David Bohm, and thereafter his research focused on the foundations of quantum theory and on a non-unitary approach to the quantum measurement problem. Peat continued an active collaboration with Bohm and in 1987 they co-authored the book Science, Order and Creativity. David Peat died, in Pari, in 2017.

To Find out More:

Read an essay by F. David Peat
From Physics to Pari: A Continuing Search for Answers