Our ordinary view holds that the field of the finite is all that there is. But if the finite has no independent existence, it cannot be all that is. We are thus led to propose that the true ground of all being is the infinite, the unlimited; and that the infinite includes and contains the finite. In this view, the finite, with its transient nature, can only be understood as held suspended, as it were, beyond time and space, within the infinite.

The field of the finite is all that we can see, hear, touch, remember, and describe. This field is basically that which is manifest, or tangible. The essential quality of the infinite, by contrast, is its subtlety, its intangibility. This quality is conveyed in the word ‘spirit’ whose root meaning is wind, or breath. This suggests an invisible but pervasive energy, to which the manifest world of the finite responds. This energy, or spirit, infuses all living beings, and without it any organism must fall apart into its constituent elements. That which is truly alive in the living being is this energy or spirit, and this is never born and never dies.

Written by David Bohm in 1987 to be read at the memorial service of an old classmate from Penn State, Malcolm Lee Sagenkahnand. 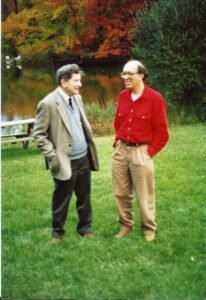 In September 2017 the Pari Center honoured the theoretical physicist David Bohm by holding The David Bohm Centennial Celebration. Although David Peat had organized the conference in the months leading up to his death, sadly he did not live to see it come to fruition. David died three months before we gathered in Pari to celebrate the life and work of the other David—David Bohm—the multi-faceted genius. Our Director, Shantena Augusto Sabbadini, opened the event with the following words.

This is such a special gathering. It is meant to honour the memory of a David who was never here in person, but whose spirit has been a constant undercurrent of all Pari Center initiatives. And it comes to pass that another David who has recently left us, was a channel for the first David’s insights, and amplified and enriched them and gave them a specific form that has much to do with this place, with the village of Pari, with the spirit of this place. Two creative, unorthodox, irreverent free souls. May we learn from them to trust and work for a better world at a time when this is more than ever a challenge.

In 1971-72, David Peat, who was then a researcher in theoretical physics at the National Research Council of Canada, spent a sabbatical year with David Bohm at Birkbeck College, University of London. The two men became friends and colleagues and eventually co-authored the book Science, Order and Creativity and were working on a second book, The Order Between and Beyond, at the time of Bohm’s death. Peat continued to promote the work of David Bohm in seminars and courses at the Pari Center and in his writings. In 1997 he published the biography Infinite Potential: The Life and Times of David Bohm and subsequently worked hard to obtain funding for a film based on the biography. In 2020 with the generous sponsorship of the Fetzer Foundation the film, Infinite Potential: The Life and Work of David Bohm, was brought to fruition by Paul Howard and Imagine Films of Dublin. Peat did not live to see its release, but he is acknowledged as the co-writer of the script and the film is dedicated to him. 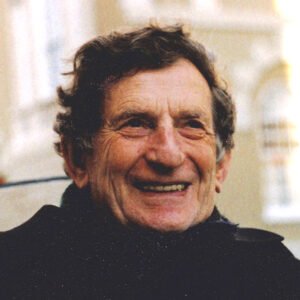 David Bohm has been described as one of the most significant and original thinkers of the twentieth century whose interests and influence extend well beyond the fields of physics to include philosophy, psychology, language, religion, art, thought and education. Underlying his innovative approach to these many different disciplines was the fundamental idea that beyond the visible, tangible world there lies a deeper, implicate order of undivided wholeness.

As a physicist Bohm’s radical theories challenged the orthodox Copenhagen Interpretation of Quantum Theory and in its place made the alternative proposal of Hidden Variables, as well as his later developments of the Quantum Potential. He was also an explorer of mind and consciousness, language, perception, creativity and dialogue. He had close relationships with the Indian teacher Jiddu Krishnamurti and, later in life, the Dalai Lama, who called him his ‘science guru.’ In the 1960s, he exchanged four thousand pages of correspondence with the American abstract artist Charles Biederman that discussed the nature of the creative process and questions of order, perception and consciousness. In the final year of his life, he was invited to join a circle of Native American elders and Western scientists. The meeting was of great significance for Bohm. As he listened to the First Nations’ participants describing their strongly verb-based Algonkian family of languages, he recognized that here was a society that practiced what he had envisioned for his ‘rheomode’—a hypothetical verb-based language. He was also struck by their process–based worldview of constant flux and changewhose metaphysics strongly mirrored his own. 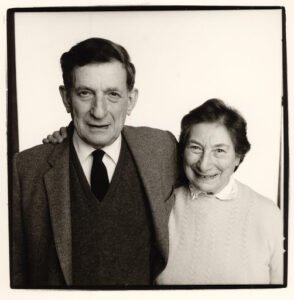 Finding Cartesian duality limited, he believed that the same principles which underlie the behaviour of matter also operate in the realms of consciousness, society and culture. In 1980 he published his seminal work Wholeness and the Implicate Order in which he suggested that all the phenomena that appear in the world—whether fundamental particles or thoughts in the mind—emerge out of a deeper order of reality, their character varying according to the context. At its deepest level, he maintained, reality is an ‘unbroken whole,’ and he made this the basis of his work in every sphere. In later life he felt that transformation in society could be brought about by dialogue and today Bohmian dialogues are held throughout the world.