The Future Scientist – A Conversation Series

Every month Dr. Àlex Gómez-Marín will be ‘thinking aloud’ in the mode of a dialogue with invited speakers. 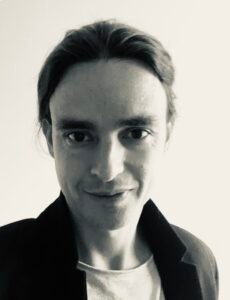 Dr Àlex Gómez-Marín is a Spanish physicist turned neuroscientist. He holds a PhD in theoretical physics and a Masters in biophysics from the University of Barcelona. He was a research fellow at the EMBL-CRG Centre for Genomic Regulation and at the Champalimaud Center for the Unknown in Lisbon. His research spans from the origins of the arrow of time to the neurobiology of action-perception in flies, worms, mice, humans and robots. Since 2016 he is the head of the Behavior of Organisms Laboratory at the Instituto de Neurociencias in Alicante, where he is an Associate Professor of the Spanish Research Council. Combining high-resolution experiments, computational and theoretical biology, and continental philosophy, his latest research concentrates on real-life cognition and consciousness.