The power of science and technology comes at a price. It is built on a process of abstraction, whose outcome is a cold world, a world deprived of the dimension of meaning, on which all ethical choice depends. We have lost our sense of belonging and our uncentered action causes havoc in ourselves and in the life surrounding us. A turnaround is needed. And a turnaround will happen, whether we wish it or not. Vocatus atque non vocatus deus aderit, says the maxim sculpted above the entrance of Jung’s house: “Called or not called, the god will be present”. But the god/dess can have a wrathful aspect: let’s call her before she has to intervene uncalled. Calling her means reconnecting with the numinous, with wonder, with not-knowing, with humbleness, with awe, with gratitude for this wonderful ride we are freely given. 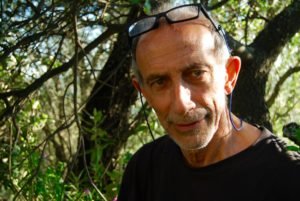 In 1990s he was scientific consultant for the Eranos Foundation (www.eranosfoundation.org), an East-West research centre founded under the auspices of C.G. Jung in the 1930s. In that context he studied Chinese classics and produced various translations and commentaries in Italian and English, including the Yijing and the trilogy of Daoist classics, the Laozi, the Zhuangzi and the Liezi.

Presently he is director of the Pari Center for New Learning (www.paricenter.org) and lecturer at the Schumacher College (www.schumachercollege.org.uk), Devon, UK. He leads workshops on the philosophical implications of quantum physics, on Daoism, and on using the Yijing as a tool for introspection. His latest book, Pilgrimages to Emptiness, has just been published by Pari Publishing.