Towards a Postmaterialistic Worldview: Contributions from Contemporary Science and Eastern and Western Philosophy

Towards a Postmaterialistic Worldview: Contributions from Contemporary Science and Eastern and Western Philosophy

Even if it is mostly ignored by the mainstream establishment (still clinging to an obsolete mechanistic, reductionistic and materialistic worldview), the best science of the last 120 years (including the work of Bohr, Bohm, Varela and Wheeler) shows reality to be a dynamic indivisible wholeness in which consciousness is always an essential feature. This view fits very well with some of the most sophisticated philosophical systems developed in the East (such as Tibetan Buddhism) and the West (such as the Neoplatonism of Plotinus, Proclus and the Tuscan Renaissance philosopher Marsilio Ficino —and in the more contemporary views of Whitehead and Barfield). The future of humankind depends very much on moving away from the increasingly alienating and self-defeating mechanicism-materialism, and towards postmaterialistic outlooks more fitting with the beauty and sacredness we often perceive in the universe.

Jordi Pigem holds a PhD in Philosophy from the University of Barcelona. He devoted his doctoral work to the intercultural thought of the philosopher and theologian Raimon Panikkar, being also the author of the edition and introduction of Raimon Panikkar, Ecosophy: the wisdom of the Earth (2021). From 1998 to 2003 he was a professor of Philosophy of Science in the Masters in Holistic Science at the Schumacher College in England. He currently teaches several courses in Spanish universities. He is the author, amongst other books, of the following Spanish titles: Pandemic and post-truth: Life, consciousness and the fourth industrial revolution (2021), Thus speaks the Earth (2021), Angels or robots: the human condition in the hyper-technological society (2018), and Vital intelligence: a postmaterialist vision of life and consciousness (2016). He was granted the Philosophical Award of the Institute of  Catalan Studies in 1999, the Essay Award of Resurgenceand the Scientific and Medical Network in 2006, and the prestigious Joan Maragall Award in 2016. 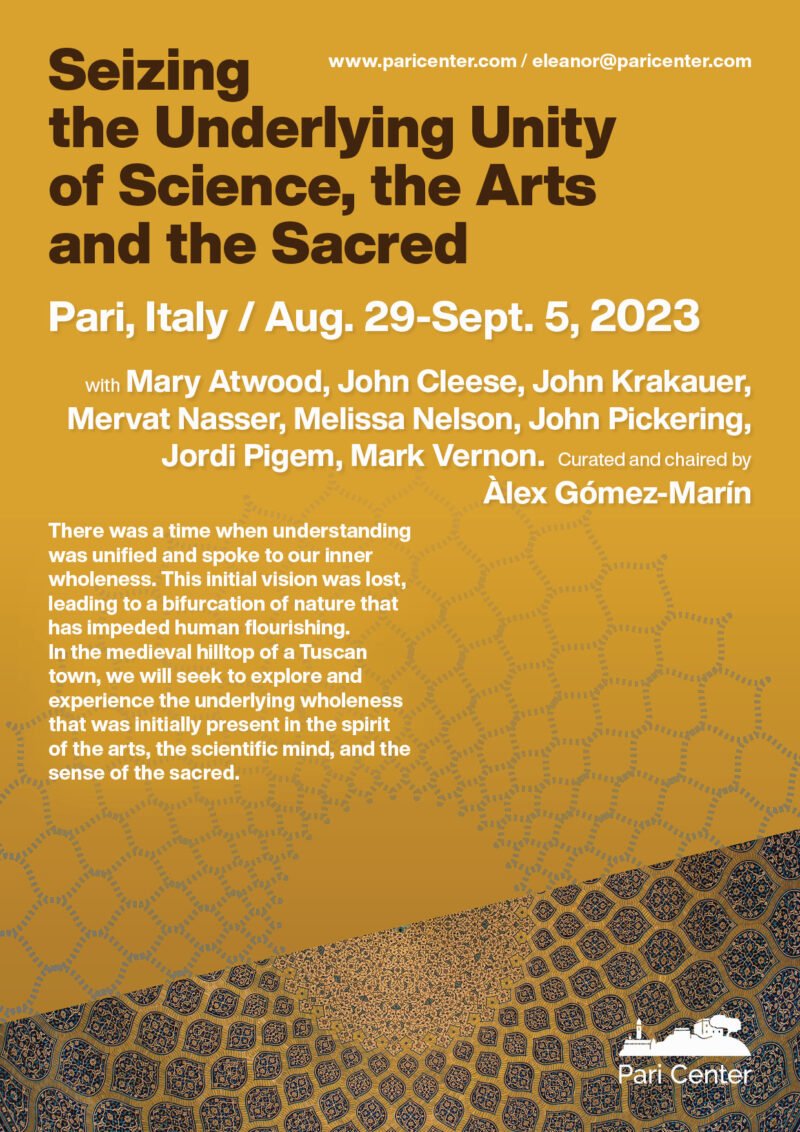