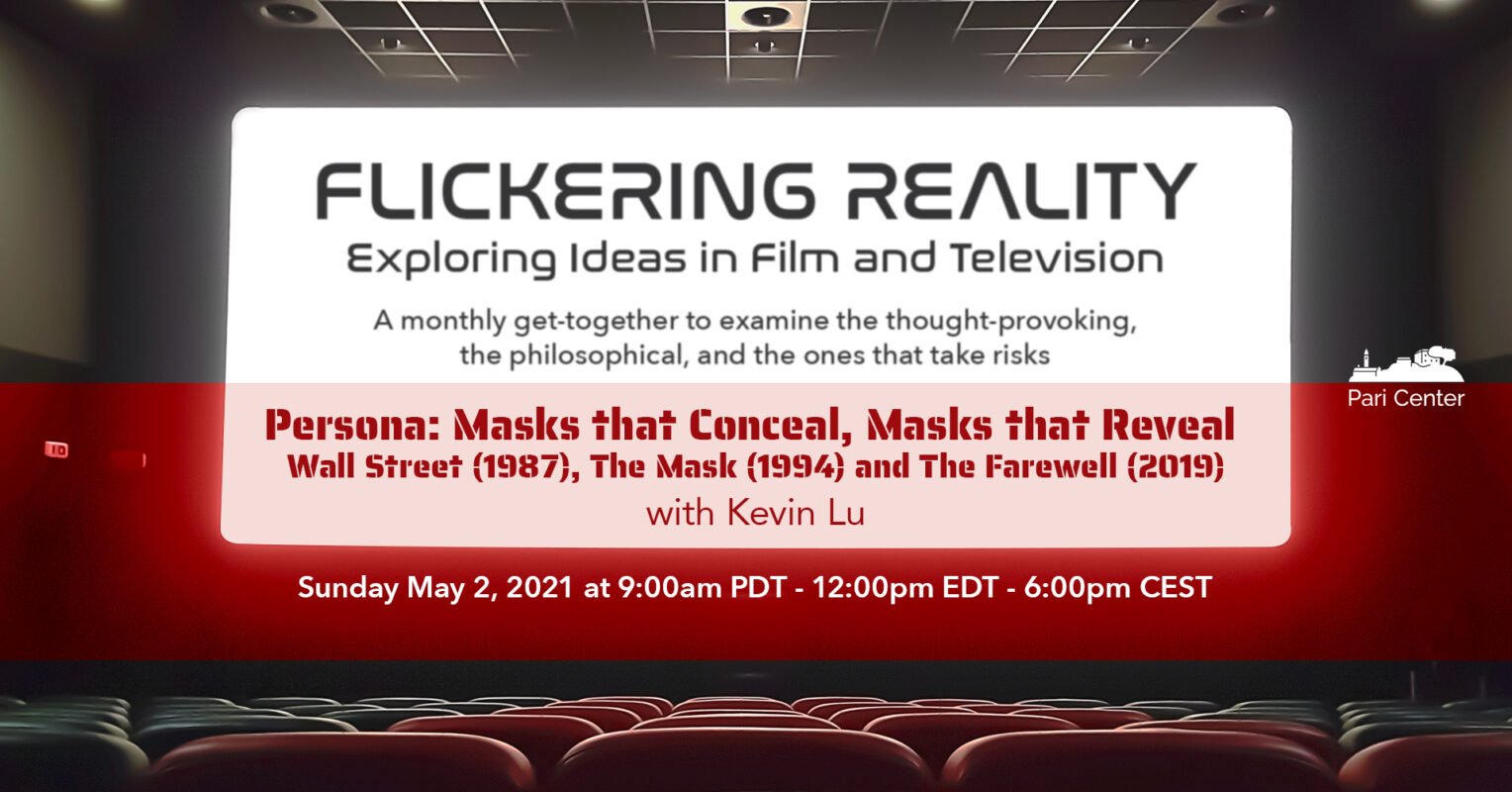 A monthly get-together to examine the thought-provoking, the philosophical, and the ones that take risks.

In this session, we will use three films as our springboard to exploring Jung’s notion of the persona:  Wall Street (1987), The Mask (1994) and The Farewell (2019).  While each film highlights the potentially pathological relationship one can have with one’s personas, they also convey the important role played by this archetypal imperative in personality development. As with all archetypes, the persona is bipolar in nature and entering into a more integral relationship with its various qualities and characteristics is central to the project of individuation. 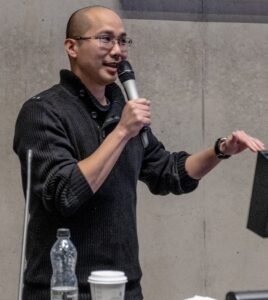 Kevin Lu, BA (Hons) (University of Toronto); MA (Heythrop College, University of London); PhD (University of Essex), is a Senior Lecturer and Director of the MA Jungian and Post-Jungian Studies in the Department of Psychosocial and Psychoanalytic Studies, University of Essex. He is a former member of the Executive Committee of the International Association for Jungian Studies and a member of Adjunct Faculty at Pacifica Graduate Institute.  Kevin’s publications include articles and chapters on Jung’s relationship to the discipline of history, Arnold J. Toynbee’s use of analytical psychology, critical assessments of the theory of cultural complexes, sibling relationships in the Chinese/Vietnamese Diaspora, racial hybridity, and Jungian perspectives on graphic novels and their adaptation to film.

This series is free and open to everyone!

What do Films and Television say about our world? What ideas can be examined through the moving image? From Science Fiction, to Comedy, Drama and Documentaries, the Seventh Art has been a mirror of our society, from the stories they portray to the method in which they’ve been produced, a mirror that is sometimes difficult to understand.

This monthly series will reveal the message behind different Films and TV Series, exploring the themes through the lens of physics, psychology, philosophy and sociology. Each session will have a guest speaker who will analyse these themes, which will then be discussed with our community, and lead us to a better understanding of film and reveal the deeper truths of our world.