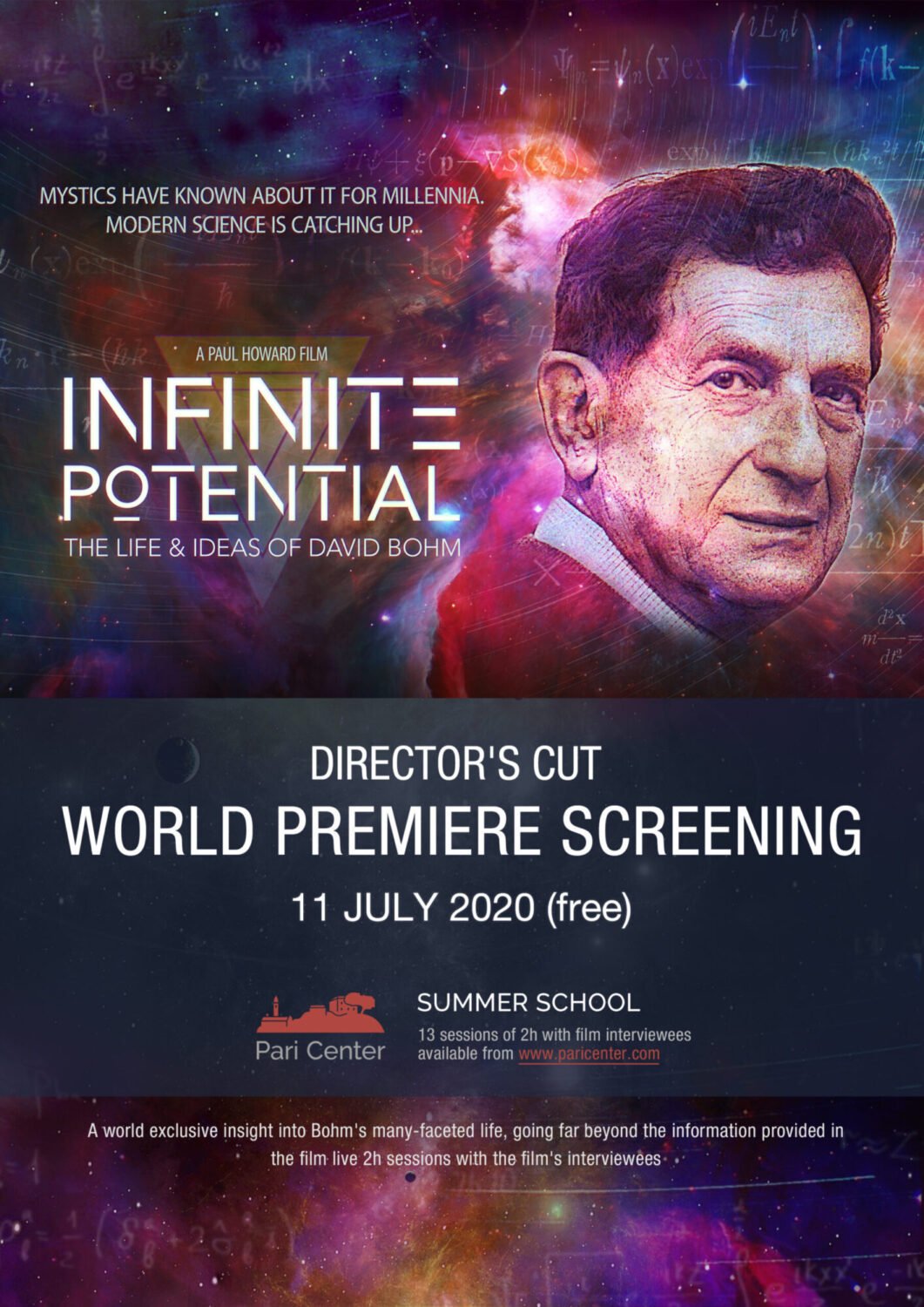 INFINITE POTENTIAL
THE LIFE AND IDEAS OF DAVID BOHM

David Peat’s long-term dream was to produce a documentary about his colleague and friend David Bohm. Now, with the support of the Fetzer Foundation, the Mind and Life Institute, director Paul Howard and Imagine Films, and the Pari Center Community, the dream has finally been realised. Pari was the birthplace of the film, and many of the interviewees were filmed here in the village, so it is an honour for us to present the long-awaited Infinite Potential: The Life and Ideas of David Bohm.

David Bohm was one of the 20th Century’s most brilliant physicists. INFINITE POTENTIAL takes us on a mystical and scientific journey into the nature of life and reality with David Bohm, the man Einstein called his ‘spiritual son’ and the Dalai Lama his ‘science guru.’ A physicist and explorer of Consciousness, Bohm turned to Eastern wisdom to develop groundbreaking insights into the profound interconnectedness of the Universe and our place within it.

Following the screening, an Online Summer Series organized in celebration of the film will span the following 7 weekends, featuring almost all of the interviewees in 2-hour long live interactive sessions. Find out more

Following the film, we invite you to join us for a panel discussion and live Q&A with the director and key interviewees from the film.