Never Land: Culture, Agriculture and the Striving after Belonging 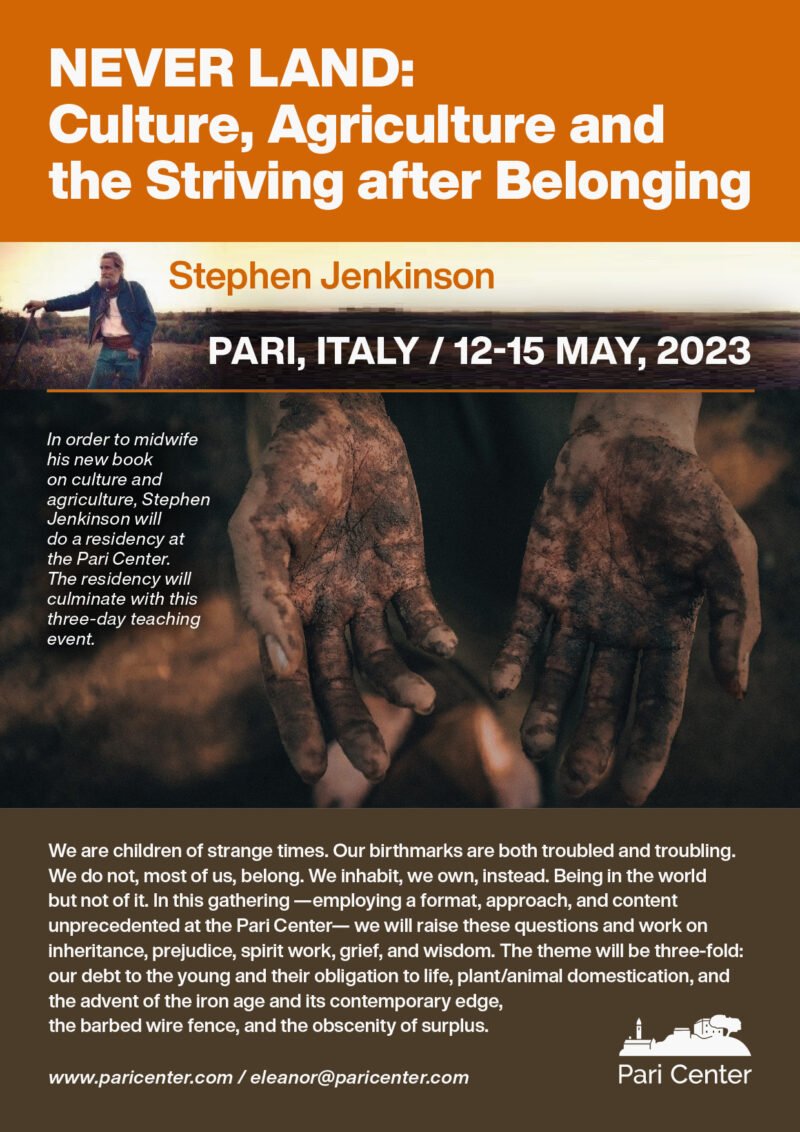 Never Land: Culture, Agriculture and the Striving after Belonging

Curated and Chaired by: Àlex Gómez-Marín

People half our age will someday soon confront us with two questions: when you were my age, did you know what was happening (or what could happen)? And so, what did you do?

The most bearable answer: we had no idea. The state of the world would then seem more tolerable if failure by naive ignorance was actually the case. But was it? If it wasn’t, this would entail a kind of intolerable inheritance. We’d quickly become the ancestral monsters no one would claim as their own. It’ll be a psychic DNA whose indelible stain won’t be amenable to cosmetic fixes.

We are children of strange times. Our birthmarks are both troubled and troubling. We do not, most of us, belong. We inhabit, we own, instead. Being in the world but not of it: that was once a foundation of Western spirituality. It will end up being a stain by which we will be held in disrepute. Our way with the land entrusted to us bears the marks of our unbelonging. Given the fact that we don’t have a long time here, we should proceed with an undesperate degree of urgency in the matter of land stewardship. There is a fine decision to be made: we bear the mark of unbelonging either as an affliction or as an assignment. Those coming to this event may have, voluntarily or not, opted for the latter.

In this gathering —employing a format, approach, and content unprecedented at the Pari Center— we will raise these questions until they attain deliberateness and intention. We will work on inheritance, prejudice, spirit work, grief and wisdom. We will work with what is difficult to recognize and hard to live with. 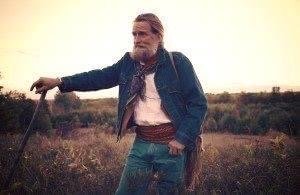 Stephen Jenkinson is a poet of non-negotiable truths, a whisperer of the unspeakable.

Co-founder of the Orphan Wisdom school in Canada, he is known as “griefwalker” in the “death trade”, due to his insistence on avoiding the pervasive absurdity of the current cultural imperative to “die not dying”. He has also written books about elderhood and money and its corollary in the soul, about the phenomenology of the pandemic. Relentlessly teaching about the very same untold reality, he never says the same thing twice. His use of speech is masterfully and deliberately conjuring and sacramental. Democratizing whatever wisdom has come to him, he means to keep nothing to himself.

In order to midwife his new book on culture and agriculture, Stephen will do a residency at the Pari Center. The residency will culminate with a four-day teaching event, when he will work his book out loud with participants.

The themes of the work are three-fold: our debt to the young and their obligation to life, plant/animal domestication, and the advent of the iron age and its contemporary edge, the barbed wire fence, and the obscenity of surplus. Along the way the session will consider the strange contradictory demand to return back to that land was never known by younger generations, searching a kind of ab-solution, a kind of neolithic restoration whose causes and consequences remain unexamined. Second, the rather unavoidable psychic and poetic contradictions of animal domestication in farms. Third, the strange sense of victory contemporary Western cultures revel in as estrangement from the natural order deepens and we begin flirt with our demise.

Stephen’s allegations are a dark pool of light – a harsh blessing that calls for reckoning in times of trouble.

People will be challenged at a level typically unwelcome in gatherings covertly designed to find self-avowal.

This is how Stephen’s workshops and lectures work: We will address our limits, frailties, and endings. A mostly troubling radicalized hospitality will be provided. Seeking commitment rather than interest, people will be vehemently minded. Instead of reaffirming an inarticulate longing that rests on associations devoid of grounding, we will seek to do something that is real, that can be lived, and that it is consequential.

Stephen will dissolve the notion of an audience. His work aspires to be seminal, not a display or summary of contents. He will summon something like a learning ceremony, not entertainment. The criteria for inclusion is suspended. Participants should consider themselves the willing casualties of a sheer willingness to entertain subversion beyond decoration.

If you are up for something that never happened before, please register.

It is perhaps appropriate that such attempt at a cultural redemption be explored in Pari. A small group of participants will gather in the small medieval village at the heart of Tuscany, starting on a Friday evening, and departing on Monday after lunch.

Participating in an event at the Pari Center means living for a week in a medieval village, mingling with the tiny local population, eating local dishes and drinking local wines, appreciating the beauty of the surrounding countryside, and participating in a very gentle way of life far from the frenzy of work and city living. David Peat compared Pari to an alchemical vessel—a place where transformation can come about—as well as an opportunity to pause for a moment and re-assess one’s life. It’s a unique opportunity open to everyone.

Being human and being humane are different things.

In the face of culture failure, we will practice a method of inquiry that can reveal (and perhaps heal) our grief illiteracy and amnesia of ancestry beyond the pernicious triad of cope, hope, and dope.

We shall acknowledge our own ectopic ideas and cultural homelessness. Being radically contingent upon each generation and the troubles of their times, wisdom is actually “too indigenous” and never indigenous-enough.

Thus, this is not going to be an easy encounter. The so-called homo part of the sapiens etymologically stems from humus, meaning earth, ground, soil, and ultimately, dirt. Celebrating Leonard Cohen’s genius verse, “there is a crack in everything, that’s how the light gets in”. Kintsukuroi is the Japanese art of mending broken pottery with powdered gold. Dirt & grief are one portal for our very own “golden repair”. 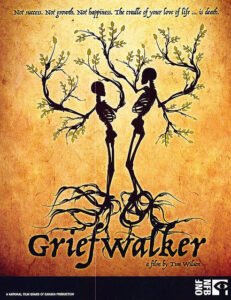 During this event we will be screening in the main piazza in Pari:

Griefwalker is a National Film Board of Canada feature documentary film, directed by Tim Wilson. It is a lyrical, poetic portrait of Stephen Jenkinson’s work with dying people. The talk will be in English. Italian subtitles are made by Giulia Sbernini, who will also be in attendance.

ABOUT GRIEFWALKER ~ Filmed over a twelve year period, Griefwalker shows Jenkinson in teaching sessions with doctors and nurses, in counselling sessions with dying people and their families, and in meditative and often frank exchanges with the film’s director while paddling a birch bark canoe about the origins and consequences of his ideas for how we live and die. This extraordinary film portrait reveals some of the cultural and spiritual roots that continue to shape his death and dying ideas and teachings.

Dying: the great blindspot in a culture awash in information, the great arbiter in a culture adamant about extending the power of choice across all of our endeavours. Griefwalker is a feature length National Film Board of Canada documentary of Stephen Jenkinson’s work with and on behalf of dying people, directed by Tim Wilson. It is also a profound mandate for creating sanity around the heart breaking and often toxic death fears and practices that gather at our dying time now.

Jenkinson asks,”What does it take to fall in love with being alive?”, and the answer that he offers, both unwelcome and vitally necessary, is, “Being willing to see the end of what you love.”

Available in DVD format in English with French subtitles, or watch online in English, Spanish and Hebrew versions. Note About the Watch Online Version: You can watch the online streaming version on any desktop, tablet or mobile device that supports video while connected to a high-speed internet connection.

Additional Information about The Pari Center – the pdf