This question is the title of a paper William James published in 1904, and his answer was negative. Harald will review (and support) his main argument and outline more recent ways to come to the same conclusion. However, he will also discuss why the notion of ‘pure experience,’ which James in his paper offered as a key notion, is an infelicitous choice with seductive potential to mislead into overly simplistic thinking about the mind-body problem. Better alternatives to frame this problem have been suggested, and Harald will try to outline why he thinks they are more appropriate to address it as seriously and carefully as it deserves to be taken. 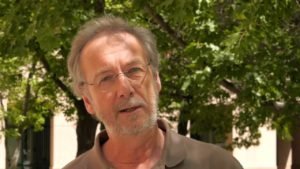 Harald Atmanspacher, PhD, is a senior scientist and staff member at Collegium Helveticum, University of Zurich and ETH Zurich, since 2007. After his PhD in physics at Munich University (1986), he worked as a research scientist at the Max-Planck-Institute for Extraterrestrial Physics at Garching until 1998. Then he served as head of the theory group at the Institute for Frontier Areas of Psychology at Freiburg until 2013. His fields of research are the theory of complex systems, conceptual and theoretical aspects of (algebraic) quantum theory, and mind-matter relations from interdisciplinary perspectives. He is the president of the Society for Mind-Matter Research and editor-in-chief of the interdisciplinary international journal Mind and Matter.