The advent of quantum mechanics in the 1920s brought two novel ideas. One is that a physical process can be stochastic: an outcome can be selected by a randomness constrained by a probabilistic law, as if ‘God plays dice’. The other is the idea that objects can exist without having definite properties, famously exemplified by Schrödinger’s Cat. These concepts are problematic and intimately related to each other.

In the first part of the workshop we shall discuss the ongoing history of an alternative to the concept of stochastic process introduced in the 1950s: there is no random selection of outcomes; all ‘possible’ outcomes of a quantum process may exist in different branches of a multiverse. In the second part we shall discuss how this idea of a cosmic dendritic structure connects with that of object-indefiniteness via the interpretation of the mind-body relation. 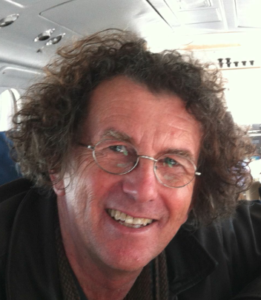 Paul Tappenden’s first degree was in philosophy and psychology but he has long taken an interest in physics and was particularly fascinated by the philosophical problems associated with quantum mechanics. His PhD from King’s College, London, was an attempt to relate an important current debate in philosophy of mind with ideas in the so-called Everett interpretation of quantum mechanics. Since then he has taught philosophy of science to physics students in Grenoble, France, and has pursued the ideas in his doctorate in a series of papers, the most recent being in the journal Synthese, 2019. Though aimed at specialists, even those unfamiliar with the material may gain something of the flavour of the issues which shall be discussed in Pari from a cursory reading of that paper, a preprint of which can be found here: https://arxiv.org/pdf/1911.02941.pdf