The argument of this session is that the experience of synchronicity, which is rooted in the collective unconscious, admits deep and meaningful correlations with the experience of poetic inspiration. When correlated, Jung’s theory of synchronicity and the ideas and working practices of the major English Romantic poets (especially Blake, Coleridge, Wordsworth, and Shelley) not only throw deep light on one another, but suggest further possibilities for discovery, transformation, and synthesis. Is it possible, even, that poetic composition may itself embed – and reveal – synchronistic elements? In the course of this exploration, Richard Berengarten will refer extensively to his own experience in composing poems. 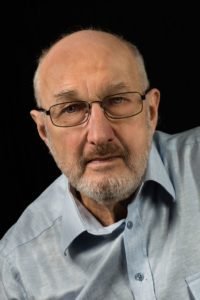 Richard Berengarten is an English and European poet whose work and thought are strongly influenced by C. G, Jung, Richard Berengarten is a Bye-Fellow of Downing College, Cambridge, and a Fellow of the English Association. His works include Tree (1980), Keys to Transformation (1981), Black Light (1983), Croft Woods (1999), The Manager (2001), The Balkan Trilogy (2005-2007),  Imagems 1 (2011), Manual (2013), Notness (2015), and the multilingual web-based Volta Project (2009) and Albero Project (2017).  His book Changing (2016) is an original and articulate poetic homage to the I Ching. In the 1970s, he founded the now legendary international Cambridge Poetry Festival. A dedicated internationalist, his poems have been translated into more than 90 languages.  He has lived in Italy, Greece, the USA, and former Yugoslavia, and has worked extensively in Eastern Europe. Recently he has made frequent trips to China. He is married to Jungian analyst Melanie Rein.