Quantum Mechanics, the Actual World, and Other Possibilities

Quantum theory is often presented as if it implies the actual existence of many more “worlds” or everyday things than we are familiar with by observation, and/or entities in the world that behave in ways with which we are intuitively unfamiliar (such as cats that are neither dead nor alive, or cats that “split” into multiple cats, some dead and some alive). If this were an unavoidable consequence of quantum theory, it would be of first-order metaphysical significance. Maudlin will detail the reasons that this is not a consequence of quantum theory, neither for theories with a “collapse of the wave-function” nor for theories without a collapse. He will also discuss the implications of different understandings of quantum theory for subjunctive claims about what might be and what would or might have been. 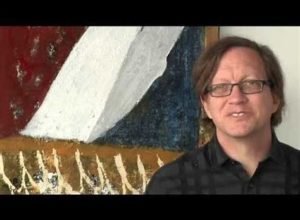 Tim Maudlin is Professor of Philosophy at NYU and Founder and Director of the John Bell Institute for the Foundations of Physics. His research interests lie primarily in the foundations of physics, metaphysics, and logic. His books include Quantum Non-Locality and Relativity (Blackwell), Truth and Paradox (Oxford), The Metaphysics Within Physics (Oxford), Philosophy of Physics: Space and Time (Princeton University Press) and New Foundations for Physical Geometry: The Theory of Linear Structures (Oxford). Philosophy of Physics: Quantum Theory comes out on March 12, 2019. He is a member of the Academie Internationale de Philosophie des Sciences and the Foundational Questions Institute (FQXi) and has been a Guggenheim Fellow and an ACLS fellow.