The Philosophy of Consciousness of the last Century, or, There and Back Again

William Seager will discuss this history and how it led to a new appreciation of some seemingly outdated radical views such as panpsychism and, in particular, neutral monism. The latter is associated with Ernst Mach, William James and Bertrand Russell. But it can be developed in a modern context, leading to a highly interesting account which promises reasonable integration with modern science allowing a kind of active role for consciousness in the world, though leading to some perhaps disturbing conclusions about the nature of the self and temporal experience. 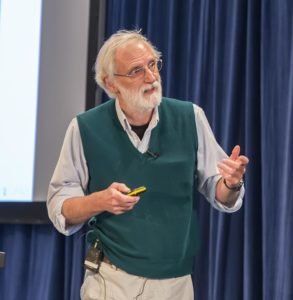 William Seager is Professor of Philosophy at the University of Toronto Scarborough, and has taught there for more than thirty years. He mostly works in the philosophy of mind, especially consciousness studies but also has interests in metaphysics, philosophy of science and early modern thought. His most recent book is the edited Routledge Handbook of Panpsychism (2019).