Wholeness and the Implicate Order Revisited

Basil will report on the latest experimental results being conducted at University College, London and on the recent theoretical developments in his exploration of quantum phenomena. He will discuss the consequences of these latest ideas for our philosophical understanding of Wholeness and some of its possible consequences on the mind-matter relationship.

And it’s a chance to ask him about David Bohm! 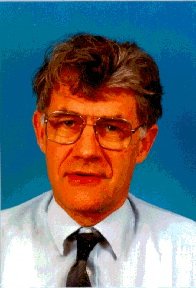 Basil was born in Yangon, Myanmar, (formerly known as Burma) on the 15 November 1935. He moved to India with his parents in 1940 to 1946. He grew up in India where his father was stationed with the British Indian Army before, dur- ing and after WWII. He returned to the UK with his parents when India gained independence in 1947. In India Basil at- tended many local schools of varying standards. His educa- tion did not stabilise until he returned to the UK where he at- tended Brockenhurst County High 1948-1956. He then be- came an undergraduate at Kings College London where he received a B. Sc. (Special Physics, Theoretical Option) 1st Class Honours, in 1959. He stayed on at Kings to work for his PhD in theoretical physics. The topic of his work was “Statisti- cal Mechanics of Interacting Systems” under the supervision of Prof C. Domb. He received his PhD three years later in
1962.

He first met David Bohm when David gave a lecture to stu- dents at Cumberland Lodge. Cumberland Lodge is a 17th- century Grade II listed country house in Windsor Great Park
in the county of Berkshire whose patron is the queen. David had just been appointed to the Chair of theoretical physics at Birkbeck College, London University, and had been asked to give a lecture on quantum mechanics.

As a result of this meeting Basil applied for a lecturing position at Birkbeck and was suc- cessful. He continued as a lecturer until 1980 when he was promoted to Reader. In 1995 Basil was given the Chair of Physics until his retirement in 2001. He is now Emeritus Pro- fessor of Physics at Birkbeck till the present day. He also holds an Honorary Research po- sition at University College London, where he is working with Dr. Robert Flack exploring weak values and their implications both theoretically and experimentally. The long term aim is to give the first evidence of the existence of the quantum potential in atomic sys- tems. This work is supported by the Fetzer Franklin Fund. Bruce Fetzer who co-sponsored this celebration is on the board. Basil and David worked on the deeper philosophical problems of quantum mechanics. They published many papers together resulting in their semi- nal work, The Undivided Universe: an Ontological Interpretation of Quantum Mechanics. Their fruitful collaboration came to an abrupt halt when David fell ill followed by his untime- ly death in 1992.

Basil has made several public appearances on TV and radio around the world. In Israel he took part in a TV Discussion titled Quantum Theory and Reality in 1991. In 1993 he was invited to contribute to a programme called Quirks and Quarks by the Canadian Broad- casting Corporation. In the same year he appeared on the BBC World Service’s pro- gramme Science Today. In 1999 he was part of BBC Discussions with the Artist Antony Gormley. He appeared on the BBC again in 2009 making a guest appearance on Melvyn Bragg’s In our Time: The Measurement problem in Physics. Basil has published over one hundred and fifty papers in various physics journals. He also edited a collection of papers with F. D. Peat, Quantum Implications: Essays in Honour of David Bohm. Basil also had a Special Issue of Foundations of Physics dedicated to him: Basil Hiley Festschrift 43(4), (2013) 409-595.