Wholeness and the Theory of Centres

What is a thing? All forms of life involve a subtle and complex interplay of entities with the whole. What is an entity, and can we shape our surroundings to mirror the magnificent interplay of organic life?

Chris Todhunter will use the village of Pari to show how its life is reflected and affected by the degree of wholeness of the built environment. We will discover the subtle structures which exist in relationships—between people, between events, between spaces and between things. 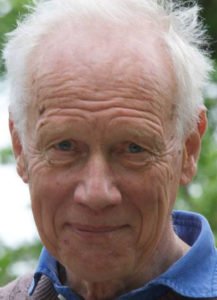 Arguably, there is a tradition of polymath Architects. Before the word ‘architect’ was invented, Sir Christopher Wren, the greatest of the English Baroque architects was also Astronomer Royal—he built his own observatory which still stands on the hill in Greenwich. Frank Lloyd Wright who was a follower of Gurdjieff in the 1920s, and Christopher Alexander, one of the most important architectural theorists of the twentieth century—these are the role models for Christopher’s wide-ranging career and interests.

Working as an architect in London throughout his life, he has designed many building types, from small residential to large commercial buildings. He was the principal architect for Canada Water Station which was part of the Underground Jubilee line extension. As a landscape architect, he also worked as a close associate with Sir Geoffrey Jellicoe on the garden at Sutton Place, formerly the home of the legendary J Paul Getty.

Using his retirement as an opportunity to follow the study of cosmology, economics and the frontiers of science and spirituality, Christopher has special interest in Time in music and landscape design and is an active member of the Scientific and Medical network (SMN) and is Honorary Surveyor of St Alfege Church in Greenwich, in the footsteps of Nicholas Hawksmoor, the pupil of Wren, who built the church in 1715.