Flickering Reality: May the Force Be with Us May the Force Be with Us: The Archetype of the Hieros Gamos in the Star Wars Mythology with Jean-Francois Vezina

A monthly get-together to examine the thought-provoking, the philosophical, and the ones that take risks.

Jean-François Vézina will be looking at the full spectrum of archetypical dynamics in the Star Wars series. The core of the last episode of the series contains a great expression of the archetype of the Hieros Gamos that Jung and Pauil talked about in their correspondences. Facing the dark side of fear, symbolised by the Star Wars’ character Palpatine and experienced in our times with Covid-19, we need to be courageous and imaginatives in the reconciliation of our opposites, and Star Wars offers a great path to this collective and personal individuation. Jean-François will divide his presentation into four 20-minute parts leaving plenty of time for community Q&A and discussion. 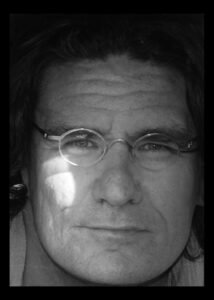 Jean-François Vézina is a clinical psychologist in private practice in Québec, an author and a musician. He was the president of the Jungian Society of Quebec for 7 years and has recently created the Cercle Jung de Tequenonday and The Hilbert Hotel, a psycho-philo-poetic experience exploring the multiverse.

He has published several books translated in various languages such as Necessary Chances by Pari Publishing, The Love Adventure and Dancing with Chaos on the Trickster archetype.

This series is free and open to everyone!

What do Films and Television say about our world? What ideas can be examined through the moving image? From Science Fiction, to Comedy, Drama and Documentaries, the Seventh Art has been a mirror of our society, from the stories they portray to the method in which they’ve been produced, a mirror that is sometimes difficult to understand.

This monthly series will reveal the message behind different Films and TV Series, exploring the themes through the lens of physics, psychology, philosophy and sociology. Each session will have a guest speaker who will analyse these themes, which will then be discussed with our community, and lead us to a better understanding of film and reveal the deeper truths of our world.